190mm Tech-dry Thermal blocks® have been tested to achieve a R. value of 2.226. An even higher result can be achieved  with rendering and or plaster lining to the internal and external walls.Please view below for the engineer calculated 190mm & 240mm blocks with or without plaster lining as options.

Summary
The following calculated tables should be read in conjunction with the data attached below.Further test results will be available in early 2008 once a test facility in Melbourne is commissioned.

Block Description
Refer to photos of a proposed concrete block with polystyrene inserts.

Thermal Conductivity of Polystyrene
Based on the following information for polystyrene, provided by RMAX, the thermal conductivity, k is taken as 0.34 W/m.K. This corresponds with other published data.

Plasterboard shall be a minimum of 10 mm thick. 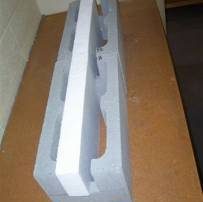 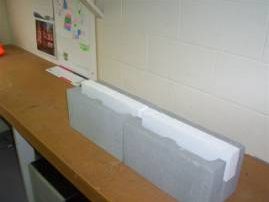 Getting a quote is quick and easy - simply complete the form below with your project details and we will be in touch shortly.

Getting a sample is quick and easy - simply complete the form below with your project details or phone Greg or Sean on 1800 004 499. Samples are 100mm x 100mm x 10mm thick, same day dispatch via Express Post Australia-wide. 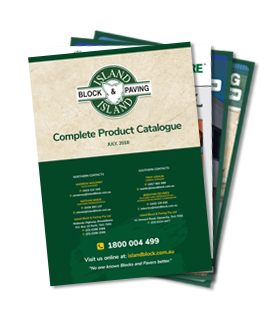